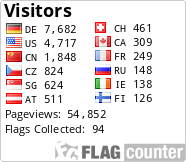 Gods of the Devas

The Devas are the Gods usually associated with Hinduism and its lush, expansive history. They have existed from the beginning of time, and despite many deaths and reimaginings, they are arguably the oldest pantheon in existence. As one God perishes or fades away, another one rises to take his place.

Amongst their peers, they are the most widely worshipped in the mortal world. This is a blessing and a curse-it allows them great sway in the mortal world, while at the same time setting them up as objects of great jealousy from rival pantheons. Scions of the Devas are particularly blessed: Hindu holy texts abound with stories of avatars, demigods and Godly reproduction, so the role of a Scion of this pantheon is almost commonplace. A Scion of the Devas may rise to the stature of a local God, with temple and worshippers, in a relatively short time. On the other hand, a mischievous God may decide to try the life of a Scion and live as an avatar in the World - much to the chagrin of his divine children or rival pantheons.

Further alienating themselves from the other Gods (as well as the vast majority of mortals who don't worship them) is their belief in Kali Yuga. A natural extension of the karmic cycle, the Devas believe that they are in the final part of the great cycle of ages known as the "Age of Kali" or the "age of vice." According to their collected knowledge, humanity is destined to degenerate throughout the current age and bring itself further and further from the Gods. Civilizations fall into contention, more heinous personal acts are committed and, at a base level, murder becomes commonplace.

The Devá conceive of time in cycles of four epochs called "yugas." During the 4,800-year-long Satya Yuga, first of the four, virtue abounds and humans have great stature and long lifespans. The successive three yugas -Treta Yuga, Dvapara Yuga, and Kali Yuga - see mankind grow nastier, more brutish and shorter. Currently we're in a Kali Yuga, at the end of which the world will end and the cycle will begin anew.

Lokas - The Devá conceive of all existence as a towering stack of lokas ("planes" or "levels"), listed here from lowest to highest. The lowest level, just above the primeval Garbhodaka Sea, is Naraka, King Yama's abode and the site of myriad hells and other postmortem destinations. Above that are the Patala Underworlds: the Serpent Level, Rasatala, Mahatala, Talatala, Sutala, Vitala, and Atala. Our World, known as Pṛthvi, is above those, divided into the Bhu (earth) and Bhuvar (sky) Levels. Above our world are the Svarga Levels: the Svarga Level, Mahar Level, Jana Level, Tapa Level, and Satya Level. The pinnacle is reserved for the greatest of the Gods, although depending on whom you ask, that could be pretty much anyone, so a number of penthouse levels including Lord Krishna's Cow Level and Durga's Mani Continent jostle one another for primacy up top.

Terra Incognita: Mount Meru - The gigameter-tall, five-peaked mountain Meru is the center of the cosmos, the axis on which all the World turns. The top of this mountain is the Devá Level, abode of the primordial creator Brahma, while the terraces below host serpents, raptors, nature spirits, and dwarves. Meru is accessible via one of the many mythical locations where it has been sighted, including the cosmic ocean and the Pamir Mountains. Climbing Mount Meru is a task no mere mortal may attempt, requiring strength of both body and character - but reaching the top proves one worthy of Heaven.

Primordial: Brahma, the Creator - First of the Trimurti alongside Vishnu and Shiva is Brahma. Was he self-born, born of Vishnu's navel, or born of Shiva and Parvati wound together? Was he Prajapati or Purusha? The lord of speech's four faces' four mouths spoke the Vedas into existence. His red skin contrasts with his white beard, white clothes, and white waterfowl mount. His four hands hold the Vedas, the ladle that feeds the sacrificial fire, the lotus, and the water source. He cares little for worship and receives little as well; only a handful of temples are dedicated to him. As a Buddhist guardian God, Brahma urged the Tathagata to share his enlightenment with the world. His lust and thirst for knowledge counterbalance his wife Sarasvati's coolness and harmony.

Naraka - Yamaraja's psychopomps and messengers escort dead souls to the Underworld. There, Yama or one of his nine subordinate judges assign the soul to a Svarga Level or to one of Naraka's many hells for reward or punishment, after which the soul is reborn into the world. Naraka processes Hindu, Buddhist, Jain, traditional Chinese, and Shinto dead. Each type of soul has specific needs and expectations for their afterlife experience. Hindu souls undergo torments appropriate to their sins until they are purged and ready for rebirth. Buddhism doesn't really deal in souls, but unspeakably bad people still wind up in the darkness beneath. In addition to its many carefully tailored torments, Naraka also features a sprawling necropolis housing the monsters and spirits from four different pantheons who aid King Yama in his work. A handsome citadel functions as a hall of records, where Lord Chitragupta organizes, updates, and curates records of everyone who ever died or will die. Its demonic guards watch constantly for mortals or spirits (like, for example, certain Celestial Bureaucracy simians) trying to break in and erase their names from the book of those who will die.

Lanka - Rising from the sea 1,300 kilometers southwest of Kerala is Lanka, the devils' island kingdom. The divine architect Vishvakarman originally constructed the island and the city thereupon, but three rakshasa brothers took it over. Over the centuries, it fell into different hands, always monstrous or demonic - most famously Ravana, the Demon King of Lanka. In the lead-up to the Battle of Lanka, Hanuman, son of the wind-God Vayu and avatar of Shiva, torched Ravana's citadel; and Prince Rama, avatar of Vishnu, exploited a loophole in Ravana's invulnerability to slay him. Lanka has remained rulerless since then. Most people assumed it had faded into obscurity. Lanka is now an anarchic haven for monstrous humanoids. Most of its inhabitants are rakshasas, yakshas, and serpents, but during the past 100 years, monsters from all over the world have taken refuge in Lanka. Indian monsters rub shoulders with rusalkas, manananggals, trolls, and other international monsters with no place else that's safe ("safe") to go. When they originally heard about Lanka, the Devá immediately organized a war party to head there and clean the place out, but they ran into, of all things, a protest on their way there. When Guanshiyin Pusa of the Celestial Bureaucracy personally interceded to beg for peace, mercy, and consideration of the possible international political fallout, they relented; so Lanka stays, for now. The question of who will rule Lanka remains. Its inhabitants rebuilt King Ravana's golden palace in between the peaks of the Trikuta Mountains. Every few years a monstrous strongman sets themself up as King of Lanka, but the squabbling gangs who rule the warren of alleyways that makes up the city inevitably set aside their differences to throw that strongman out. But one day, Ravana may come again, or send one of his Scions. Perhaps the place is ripe for some Scion's picking. Or for another Battle of Lanka.

Many of the Devas point to the return of the Titans as a harbinger of the final stages of the Kali Yuga. Much to the chagrin of the other pantheons, some of the Devas take an aloof approach to the destruction going on around them. Others might even feel it is their destiny to accelerate the end of the Kali Yuga and help the world be reborn once more, as it has since the beginning of time. This apocalyptic thinking makes other Gods more than a little nervous.

Despite all of their differences, the Devas do believe in a cosmic order. Everything for them goes in cycles on a universal, physical and personal level. They are inherently more accepting and open than other pantheons. This has, throughout history, been a thorn in their side as well-forcing them to cede some of their power to the most devious of the Asuras.

GODS OF THE DEVAS:

Brahma - creator-God of the universe

Indra - God of war and weather

Parvati - Goddess of of shakti, the concept of feminine energy that encompasses all aspects

Sarasvati - Goddess of knowledge and inspiration

Shiva - the destroyer God, the final arbiter of destiny

Surya - God of the Sun

Vishnu - the Protector or Preserver of Creation

Yama - Lord of the Dead